Home > Who We Are

Usher Transport has been a family company for 4 generations. To understand why it has lasted I would like to talk about how it started, who was responsible, and what those men valued.

In 1946 Harlan L Usher went into business with a man by the name of Boyd. He bought 6 trucks from Mr. Putnam on a handshake and Boyd & Usher Transport was started.  They hauled gasoline around the Mayfield, KY area. In 1960 Harlan and his son Bill Usher Sr bought out Mr. Boyd to form Usher Transport.

“My father was a very principled man with integrity, and a lot of pride. Only three things upset him. Disrespect, lying, and stealing – in that order. He reacted very quick and his response was not always verbal. He liked trucks and equipment. Taught me to drive a car at age 10, and truck at 14. He eventually bought a tanker truck in 1943, and in spite of poor hearing, in WWII he was an ambulance driver in France and Belgium in 1944. He learned to fly at 50. Good pilot, but no weather experience.” 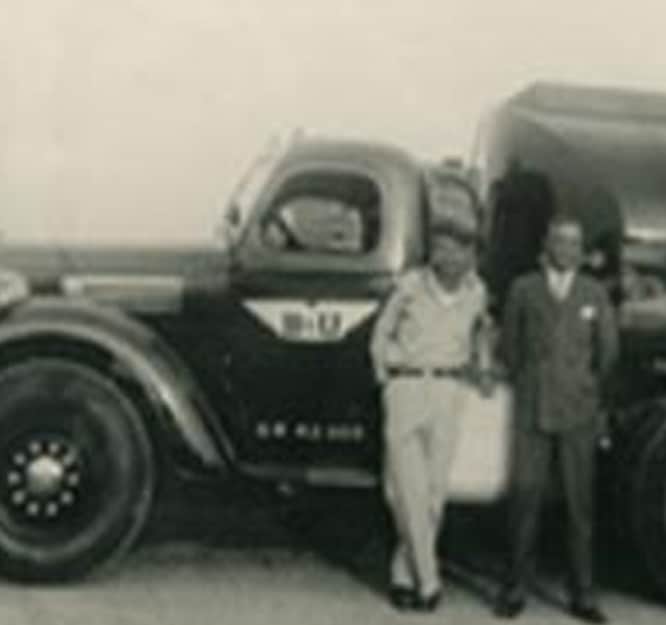 Those core principles of integrity, respect, fairness, and pride have been passed down through the generations and are at the core of our business. We see them daily. By 1959 Bill Usher Sr was a Major in the United States Airforce, flying fighters, and living in France with his wife (Polly) and sons Alan, and Bill Jr.

Again, in the words of Bill Sr:

“My parents came to Europe on a visit in the summer of ‘59. Probably to see their two grandsons. Dad asked me in the past if I would like to partner with him in the trucking business. My response was a weak yes, depending on grant or transfer of KY authority. After my parents returned to KY my father called on me to say there was a possible purchase of a small tank truck company for sale. My response was, “I would like to take a look before committing”. The group commander, later General, arranged for transportation as a courier to New Jersey, followed by 10 days leave in KY, and then return to Europe as a courier. On return I went to the Colonel’s office and reported my trip. By this time, he had received his promotion to General and was to be assigned to Turkey. After leaving my report his only comment was “you won’t like being a civilian, don’t rush into a decision”. The General was right. I had trouble adjusting. But with my father’s prepping, and experience in the Air Force, it taught me more than I realized in leadership and motivation. “ 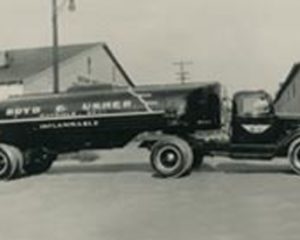 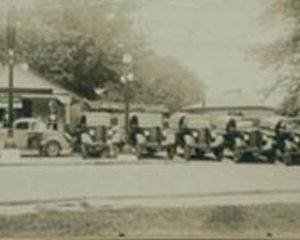 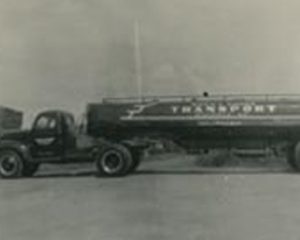 Just three years later he had become part owner of a trucking company in Paducah, KY, and helped establish the Kentucky Trucking Association.

Just as their father had, Alan and Bill Usher began working around the age of 14. The same has been for their children. The expectation was that you learned the company from the ground up. That meant picking up trash on the lot, cleaning trucks, changing tires, and whatever else was needed from an unskilled teenager. That expectation continued through college with sales calls, loading jobs, and maintenance work during breaks. In their minds if it wasn’t done right, we weren’t doing it at all. Meaning, if you wanted to be in the business this was the only way. I can honestly say only three things upset them. Disrespect, lying, and stealing – in that order. They were, and still are, very principled men. Hard work was very important.

Under Alan and Bill’s control the company experienced significant growth. They took on additional commodities and diversified. Beer and chemicals were added to the fleet and new terminals in Cincinnati, OH, and Louisville, KY were formed in the early ‘70s. Their first chemical load was hauled in 1973 by Louisville driver Aaron Coffee. It was a load of Caustic for BF Goodrich, later bought out by Westlake. To this day Westlake is a huge player for us, and knows the origin of that business as well as we do. That kind of loyalty and attention to detail exemplify pride and integrity. We are a family company and relationships are paramount.

In an article back in 1990 Alan Usher is quoted in saying, “We look for customers in our size range in our area. We are a classic niche carrier, and that is where we excel. We work closely with our customers to do what other, larger carriers can’t.” At that point the fleet was 160 trucks. A few years later they expanded into Eastern Kentucky, West Virginia, and Ohio. Next, they diversified the business starting a transloading facility (MARTTS), and direct truck to locomotive refueling (DTL). By 2000 the headquarters was moved to Louisville, KY and in 2007 acquired Saraguay to start our Atlanta Operation. The last acquisition was in June 2017 and established further markets in Georgia, Tennessee, and Alabama. Thru all this growth they were able to stand up a best in class safety department, and won the Heil Trophy for safety excellence twice in a 10-year period. All this was done while expanding commodities to include corrosives, acids, oxidizers, adhesives, and AVGAS.

Externally our priorities are first to the motoring public. There is nothing that is to compromise safety for any reason. There are no exceptions. Next is to the quality of service we provide. Then, the quantity of that service operating within those parameters. Internally it has always been the same. The employees. What can we do to make it better for the drivers and support staff?  At the end of the day we want to look back and say we did it right, we took care of our people, never cheated, and accomplished all of this with unflinching honesty — would our last generation make our first generation proud.